Why, When and Where?

The question often comes up

"When will Amplex build fiber to my house"?

The cost of building fiber and the return on that investment is the biggest problem.  Fiber costs between $25,000 to well over $50,000 per mile to build.  The services sold to residential customers average $65/mo or $780/year.

Return on Investment (ROI) is a way to look at how long a project takes to pay for itself and start making money.   5 years is slightly longer than we like, but for this example we are going to use 5 years.   Doing the math, we would need 8 customers to make money in 5 years and 3 more customers to pay the interest.   Next we need to consider take rate.   Not all of the locations on a route will want to purchase service.   A really good take rate is 80%.  This bumps the number of houses per mile to 14 for a project to pay for itself in a reasonable amount of time. 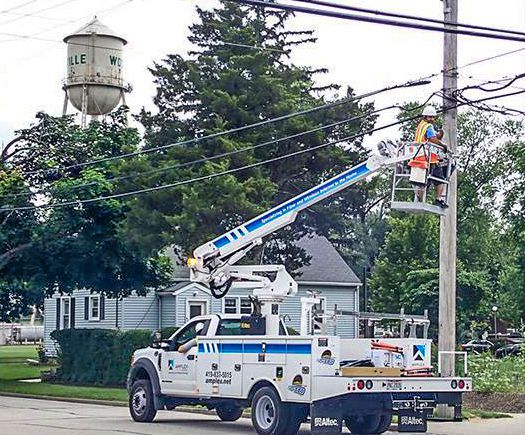 All of this assumes that all of the customer revenue goes toward paying the build costs, and that there are no other expenses (employees, customer service, bandwidth, maintenance, rent, etc.).   In reality, even at 14 locations per mile, few rural fiber projects make a lot of financial sense. 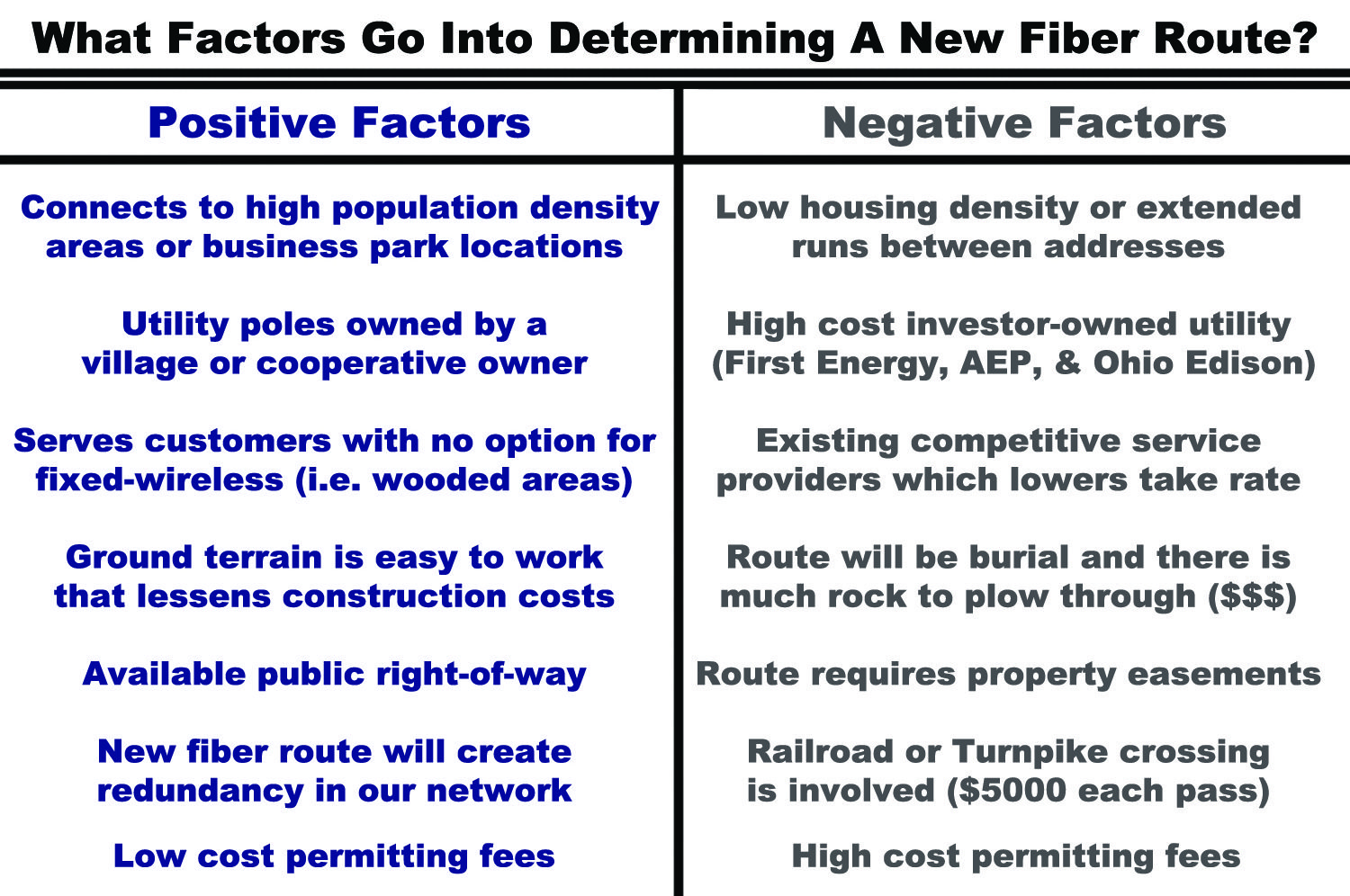 So - Where and Why does Amplex build rural fiber?

Amplex builds rural fiber where we can either reduce the costs/mile significantly, or where the build serves other needs of the business.

Amplex is building fiber is most or all of the Hancock Wood service territory, which meets many of the positive factors.  Other locations that are close to our existing fiber don't always make the cut due to the negatives above - investor owned utilities, rock, existing broadband providers, and/or not on a route to a higher density area.

Will the more expensive / lower return / high cost areas ever have Amplex fiber built to them?   Yes, but they are not a priority until we build the lower cost / higher priority areas.

Resources are always a limiting factor.  Resources include money, material, engineering and construction labor, etc.   With limited resources, our build priorities are to the lower cost & higher return projects first and to the lower return projects later.    All of the areas that Amplex has built to date have been constructed with our own funds - either profit being reinvested into the business or with bank loans.   As of Nov 2022 no federal or state funding for broadband has been available to Amplex to use to construct broadband facilities.

Will the government assist in the future with the cost of broadband?   Time will tell - but don't expect anything in the near term.   Funding will first go toward unserved areas (those areas where 25Mb down by 3Mb up service (25/3) is not available.   Next will be areas that do not have access to 100Mb down by 20Mb up (100/20) service.    The caveat (and the holdup) is that the maps the government is using are not ready yet, and likely won't be released before the end of 2022.   After the maps are released it will take at least a year, and probably well into 2024, before any of the money will be allocated.   The other factor in much of the area is that multiple providers claim to offer 100/20 service to the majority of locations which disqualify those locations from federal funding.

Amplex is committed to providing broadband service to all in our coverage area, and we continue to invest millions of dollars in improving and expanding our service offerings.

Click to learn more about our residential fiber services. 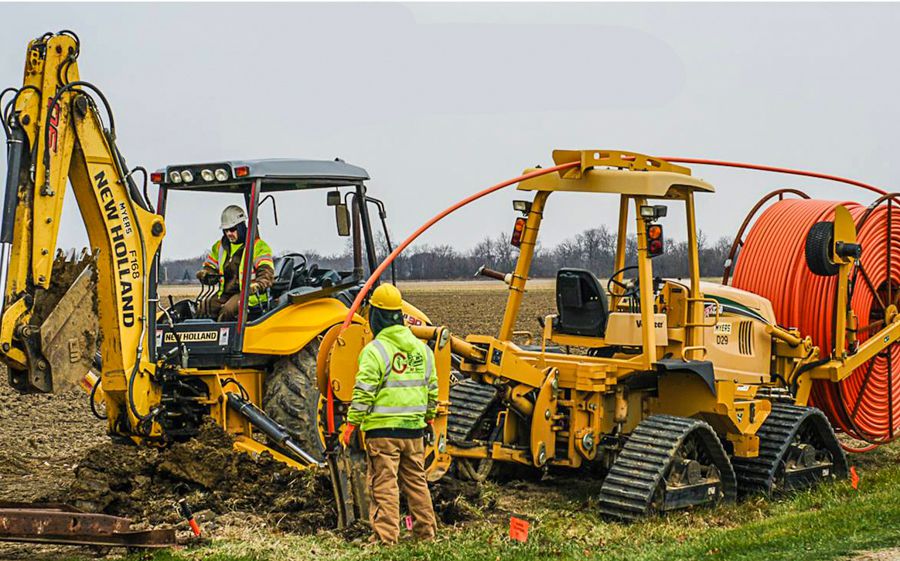